How to Play Dungeons & Dragons Solo - Part 6 - Deeper into the Wilderness, a Solo DnD Tutorial

Welcome to my blog "Solo Dungeon Crawler" and this series of tutorials, where I will demonstrate how to play Dungeons & Dragons solo using the BECMI ruleset.

In this article I'm going to expand on the solo DnD rules I've developed so far, which handles adventuring out in the wilderness.

How to Play Dungeons & Dragons Solo - Part 6 - Deeper into the Wilderness, a Solo DnD Tutorial

The Dungeons & Dragons Expert Set Rulebook contains lots of useful information, which I will adapt and incorporate into my Solo D&D rules. Firstly, it has a useful checklist, which can be used to ensure proper procedure is being followed when handling wilderness exploration.

In the previous article, I introduced a simple method in the form of a table to check whether the party or single character becomes lost and a check for an encounter. This new procedure will replace that to provide more depth to the game.

Here is the procedure, which I've adapted for solo roleplaying:

I also touched on movement in the previous article. I’m going to give some further information and clarification on movement.

A party moves at the rate of its slowest member. The movement rate per turn, divided by five, gives the number of miles per day that can be covered. However, the party may slow to forage or hunt.

The terrain also has a strong influence on the distance travelled. The following table gives the change in movement for different types of terrain. This table is loosely based on a table given in the BECMI Dungeons & Dragons Expert Ruleset but adapted for my solo DnD ruleset. I've also reconciled it with the Random Wilderness Generator developed previously.

A party can move through several types of terrain if it has enough movement to do so. All movement should be rounded to the nearest mile. For example, an encumbered party with a daily move of 12 miles starts in clear terrain. They move 3 miles to a road (cost: 3 miles), travel 9 miles on the road (cost: 6 miles) and move 1 and 1/2 miles into the mountains (cost: 3 miles) before camping for the night (total cost: 3 + 6 + 3 = 12 miles).

In the previous article I touched on the possibility of a party or single character becoming lost in the wilderness. The Dungeons & Dragons Expert Set Rulebook covers the rules for getting lost. It says:

Check for each day's travel, rolling a six-sided die (1d6) before the party begins movement. Find the type of terrain on the list below, and if the result of the roll is given there, the party becomes lost. (Mentzer, 1983)

I will adapted this table, so it reconciles with our wilderness generation method:

If a party is lost, find their direction of travel using a random roll on a d8.

I’m now going to present a new game mechanic, which will help make things more interesting and create a subtle roleplay element for the solo rules system. To aid me in this quest, I’m going to look all the way back in time, to the beginning.

The original Dungeons & Dragons boxed set by Gary Gygax and Dave Arneson was published by TSR in 1974. The third volume in the set entitled Underworld & Wilderness Adventures contains some very useful information, which I will use to develop my Solo DnD ruleset further regarding handling adventuring in the wilderness.

Off-hand adventures in the wilderness are made on the OUTDOOR SURVIVAL playing board (explained below). (Tactical Studies Rules, 1974)

OUTDOOR SURVIVAL has a playing board perfect for general adventures. Catch basins are castles, buildings are towns, and the balance of the terrain is as indicated. (Tactical Studies Rules, 1974)

The references made are to Outdoor Survival – a board game about wilderness skills where players must survive and escape the woods. There are 5 different scenarios from inexperienced hikers lost in the woods to a rescue party trying to find a lost person. Players must deal with animals, finding food, water and so forth. This board game was incorporated into the Original D&D games to help a group handle wilderness adventuring, but of course since then the D&D rulebooks include their own wilderness survival rules. Having said this, there are still some very useful rules outlined in the Underworld & Wilderness adventures booklet which I will adapt for my solo DnD rule system.

I am going to adapt the rules given for landing on a hex which contains a castle. The rules state that:

The inhabitants of these strongholds are determined at random. Occupants of these castles will venture out if a party of adventurers passes nearby. If passing over the castle hex there is a 50% chance (die 1-3) that they will come out, if one hex away there is a 33-1/3% chance (die 1-2), and if two hexes away there is only a 16-2/3% chance (die 1). If the party is on the castle hex and hails the castle, the occupants will always come forth if the party is not obviously very strong and warlike. Patriarchs are always Lawful, and Evil High Priests are always Chaotic. All other castle inhabitants will be either hostile to the adventurers (die 1-3) or neutral (die 4-6). (Tactical Studies Rules, 1974)

To improve the pacing of the game this could be simplified so only one check is made when the party of adventurers passes over the castle hex. A result of 1-3 on a d6 would indicate the occupants venture out. 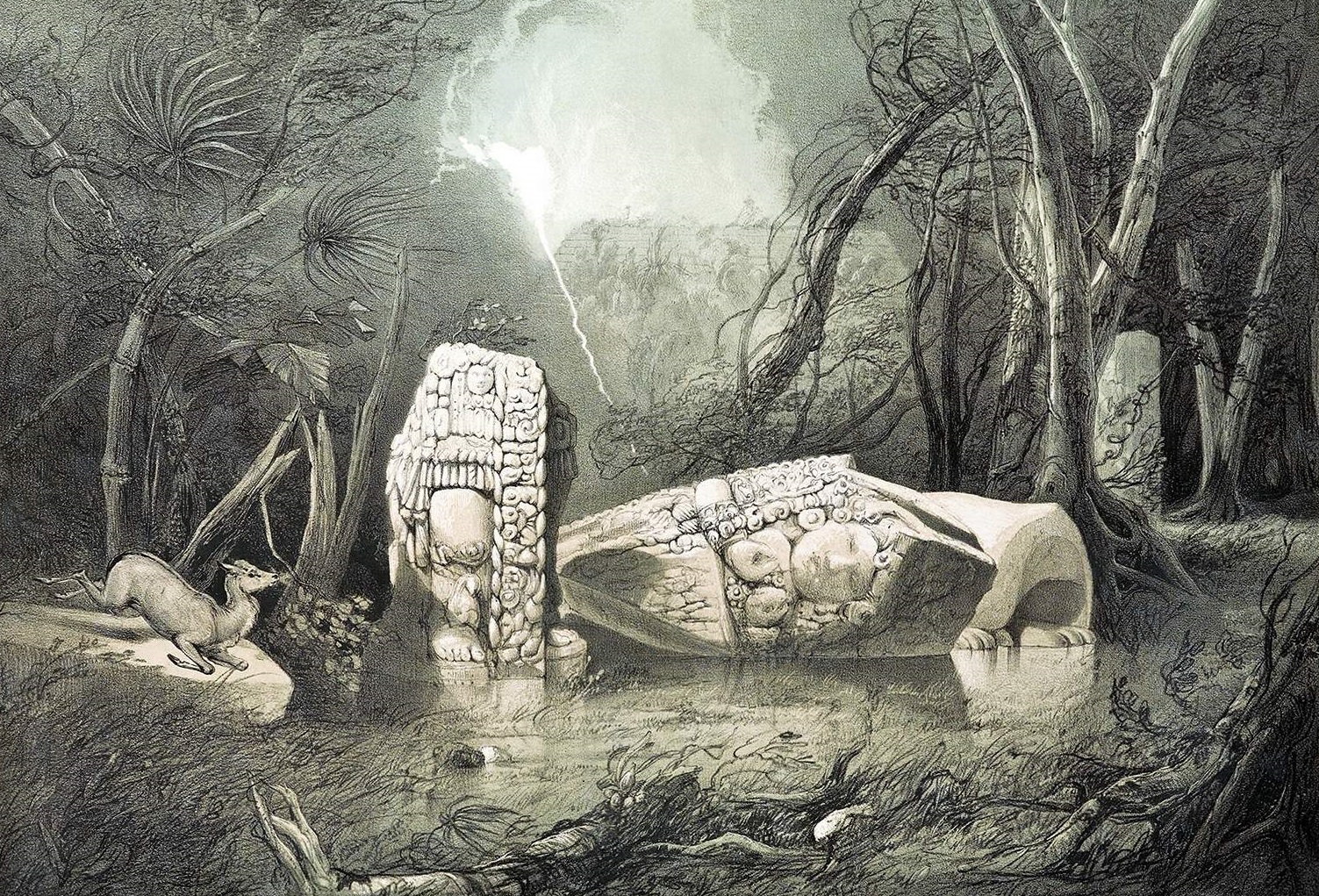 I also need to incorporate castles into the rules for generating random wilderness. I propose a simple and effective way of doing this would simply be to roll a die, say a d20 after determining what type of terrain is on a hex. A result of 20 would indicate that a castle is built on the current hex.

Instead I am going to use an alternative table given in the Dungeons & Dragons Expert set rulebook, which only includes Fighters, Magic Users and Clerics as occupants. The table also needs to be adapted for the solo DnD ruleset. I will do this by adding a die rolls to determine at random who owns the castle, their level and number of patrols. Feel free to expand on this by adding any other classes you would like and altering the die roll accordingly.

Fighting Men within castles will demand a jousting match with all passers-by of like class. Otherwise they will demand a toll of from 100 to 600 Gold Pieces from the party. If a joust takes place the occupant of the castle will take the loser's armour if he wins, but if the character wins the castle owner will host all in the party for up to one month, supply them with two weeks of rations, and provide warhorses (Heavy) if the party so requires. (Tactical Studies Rules, 1974)

Clerics will require passers-by to give a tithe (10%) of all their money and jewels. If there is no payment possible the Cleric will send the adventurers on some form of Lawful or Chaotic task, under Quest. Generally Evil High Priests will simply attempt to slay Lawful or Neutral passers-by who fail to pay their tithes. (Tactical Studies Rules, 1974)

These are great ways to create entertaining scenarios for adventures and other challenges. These can be customised to taste and made as complex or simple as possible, dependent on what type of solo DnD campaign you wish to create, the important thing is to make it fun to play.

In the last article I gave an example of using a key with some symbols for marking specific types of terrain on the wilderness map. Another option is to use coloured pencils if you prefer to do so. I found a great example in Dungeon Magazine issue 1 published way back in June of 1976. The issue offers the following recommendation for using coloured pencils to represent the wilderness terrain.

This doesn’t perfectly fit with my Random Wilderness Generator but can easily be adapted. This also gives us me rough idea of how I might expand on the generation method to add further details such as rivers, roads and various settlements, which I will address in a future article, so keep reading!

Here I’m going to draw this article to a close and hope you find plenty of value in the things I have covered so far in terms of creating a satisfying ruleset to help you play fun and exciting wilderness adventures in your Dungeons & Dragons solo campaign. Remember that how you incorporate rules into your own system is entirely up to you, so borrow what you like and discard what you don’t. If you do wish to follow this system to the T then that’s also great. It’s completely up to you!

Thanks for reading this article on Wilderness Adventures for Solo DnD, I appreciate that you have taken the time and I’m immensely grateful. If there is anything you wish to discuss I invite you to leave a comment and I will get back to you.