In the first Episode of Season 2 of Tales of Mystara, I discussed some of my solo roleplaying mechanics, in an effort to help listeners better understand how I run my solo games. This is something I will try to do regularly in Season 2 and I figured it would make sense to include these short tips in this blog.

I have been asked on several occasions how I stop myself from metagaming, especially when running a pre-published aventure solo. This is actually a pretty easy thing to achieve, if you approach the problem of solo gaming in a certain way...

I've always approached the concept of playing D&D or other tabletop roleplaying games solo as a design problem that needs to be solved. For me, the problem is handled from three angles:

I try to mix these three perspectives seamlessly so I can gain the ultimate tabletop fantasy roleplaying experience.

I think it’s easier to lose yourself in a world, if that world acts freely, of its own accord and you feel at each moment that you are along for the ride. If I can suspend my disbelief, immerse myself and be surprised and enchanted by each moment as it arises then I have achieved my goal.

By emulating player actions it’s easier to avoid metagaming. Metagaming, in this context for those who haven’t heard the term, is making use of knowledge learned outside of the game, that a character would not know.

To achieve player autonomy I tend to roll dice to determine which character will act in a given situation. A dice with sides equal to the number in the party will suffice, with any additional sides meaning they act as a party, but remember that sometimes actions the characters take might be quite obvious so there’s no need for a roll.

You’re probably wondering how randomly determining a character's actions affects logic. It’s important to remember that in these situations logic won’t always apply. For example, in a fantasy novel, characters tend to act very logically and tend to take the best possible action in a situation. In a group game of D&D this isn’t the case, players often do illogical things. They might try something goofy or make silly mistakes. That’s okay, it’s part of the fun of the game and often leads the story down surprising avenues. We tell great stories about these kinds of situations when we recall group games, so there’s every reason to have this in our solo games too! 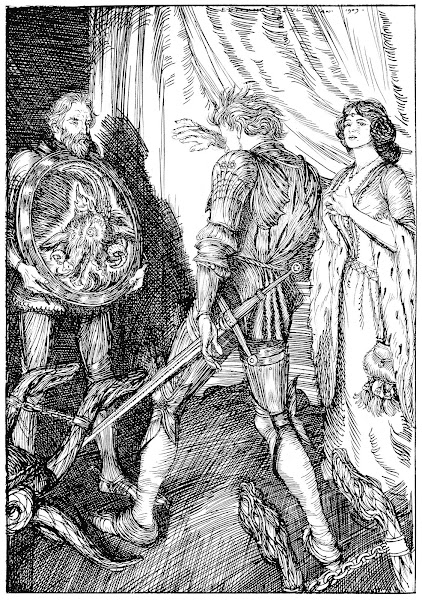 To decide what a character does I roll on a table of common character actions. A simple d20, with each column having three entries to choose from. Things like “Hit, touch, look, or listen, attack, intimidate.” I simply choose the result that makes the most sense.

Here is an example:

Just some food for thought... Let me know what you think in the comments and be sure to check back for more content. In the meantime: