I’ve been asked on several occasions how I play pre-published adventures solo. I’m going to explain some of the rules I use here.

The key to running pre-published adventures is to master the art of switching perspectives. I covered this in more detail in Tales of Mystara - The Palace of Evendur - Episode 2, and also in a previous article.

In summary, sometimes in your solo game you will want to switch from being the player to being the Dungeon Master. This will aid you in the task of running pre-published adventures without ruining the element of surprise. The main goal when doing this, is to try to avoid meta gaming wherever possible.

A really basic example of avoiding metagaming is deciding which direction the party will take when several options are presented by selecting the direction randomly. A simple roll of a die can be used with each side representing a different cardinal direction. For example, a d4 halved for 2 directions, d6 halved for 3 directions, d4 for four directions, d10 halved for five, d6 for 6 and so on.

I’ll cover a few more of the basics, which are mainly applicable to old school rules but can largely be adapted to modern fantasy RPGs.

With these few basics out of the way I’ll cover some other approaches I like to use for playing pre-published adventures. These methods mainly focus on fantasy roleplaying games, which use a d20 system or similar. However, some of this information will also be applicable to games, which pre-date this system.

A more complex problem is what to do when your party is exploring a particular location. The adventure text will describe the features of the area and you may be tempted to take a specific course of action based on the best outcome. This is a very strong example of the kind of metagaming we are trying to avoid!

In order to avoid this kind of metagaming I have a table of common character actions, which I roll on to determine what characters do. I also covered this in Tales of Mystara - The Palace of Evendur - Episode 2 and in a previous blog article. We can easily apply this method to a pre-published adventure by rolling on the table and then with our DM hat on, reviewing the adventure text to interpret what the outcome of the action would be in the context of the location and its features. This involves a bit of imaginative interpretation to find a best fit. I’d always advise in these situations to apply a mix of logic and the path of least resistance.

Here is an example of a table of Common Character Actions:

One other common stumbling block when trying to avoid metagaming when playing a pre-published adventure, is when the adventure text indicates that a character may perform some kind of skill or ability check.

In any edition of D&D published within the last 20 something years, including 3rd Edition, 5E, One D&D and also other modern games based on the d20 system, a roll of a 20-sided die is often compared against a target number to determine success or failure of an action. This mechanic is usually applied to skill and ability checks. This is particularly potent in pre-published adventures, even ones, which predate the d20 system. 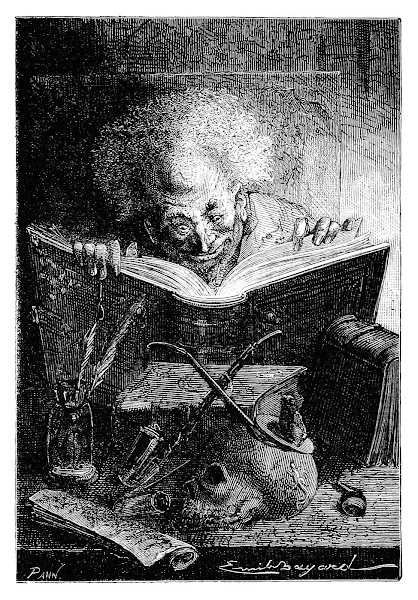 When playing solo, there are various ways to adapt this d20 based approach into a great solo game mechanic. If the adventure text includes the opportunity for a player to roll a specific skill or ability check, first you must determine whether any of the characters will think to do so. This is one way to avoid metagaming. A player in a group game will not necessarily think to perform a particular check, so we want to reflect this in our solo games.

Determination of whether a character will perform this check is similar to examples I gave in a previous article on my blog concerning traps and noise, I also covered this in episode 1 of Tales of Mystara - The Palace of Evendur. The procedure is as follows, roll a d10. The chance of performing the check is equal to 1 plus a character's level, plus or minus a character's intelligence bonus. You could perform this check for each character in the party, or limit the check to characters who are proficient in the skill (if you use skill proficiencies in your game). For straight ability checks, you could only allow characters a chance to perform the check if they are at least average in their scores. I.e. Have a score of 9 to 12. I’m still experimenting with this mechanic so I have no hard and fast rule just yet.

A further problem when rolling dice checks is how to set a target number or difficulty class if it is not already set in the adventure text. A table of Typical Difficulty Class can be used for this. These tables appear in various editions of the Dungeon Masters Guide and there is even one included in the 3rd Playtesting Article for One D&D and is as simple as: